Do you like Spain? If you ever wanted a house by the sea, you are in luck! Sesortea, a Spanish startup, is give away its own two-bedroom, two-bathroom, sea-view house, two minutes away from Playas de Vera beach on the Costa de Almeria.

The ticket sale started in July and they have already sold more than 30% of the tickets. Everyday, they receive several proposals of house to be raffled using its exclusive and unique digital system. Currently, Sesortea is the best platform in Spain to organize online raffles.

Tickets are being sold for €5 and can be bought from www.sesortea.es/en until March 22 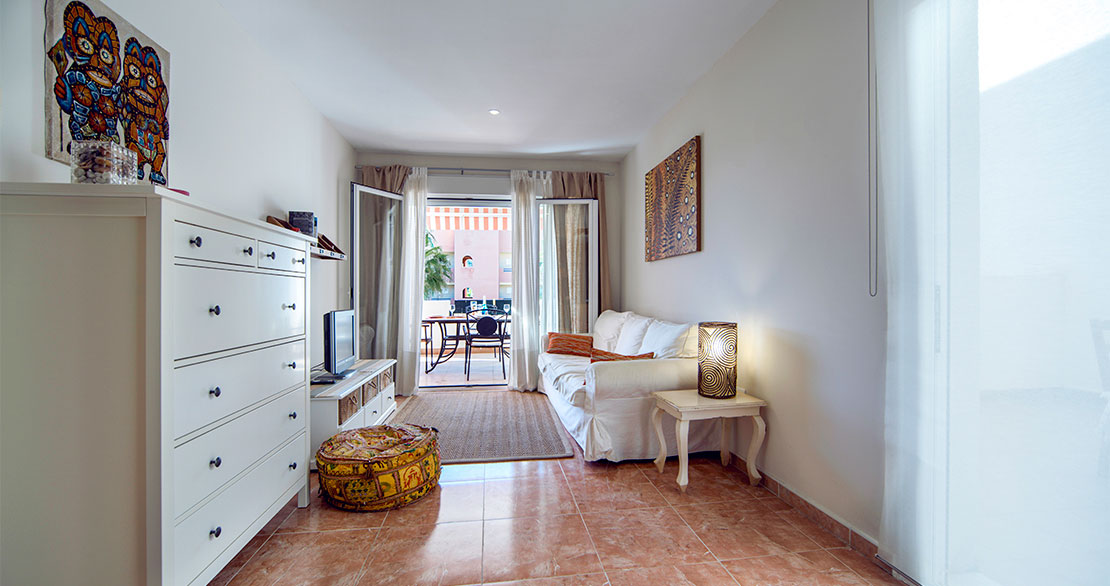 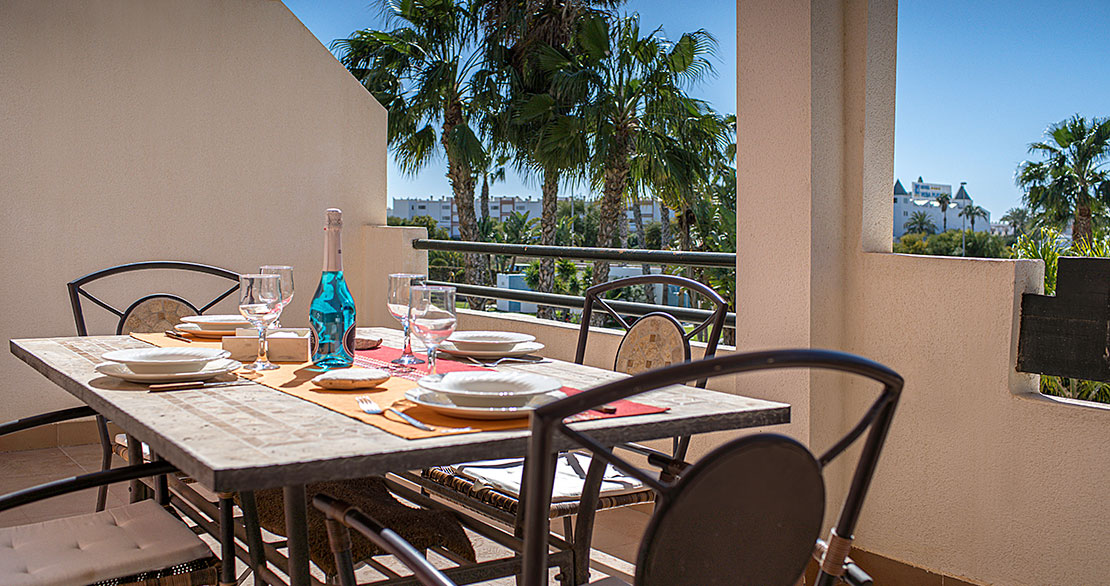 The Sun was the first British media to report the news, describing Almeria as a region "which 15,000 Brits call home".
More and more Brits are encouraged to enter the raffle andhave a chance to win a house in a dream place in Spain. 3,000 numbers have already been sold to UK users.
Vera Playa is the driest and second warmest spot in Europe, with annual rainfall of 200mm,which means that the Sun shines all year round there. In addition, Almeria can easily be reached from the UK: London, Leeds, Glasgow, Birmingham, Edinburgh, Manchester, Newcastle and Bristol all operate flights to the region. 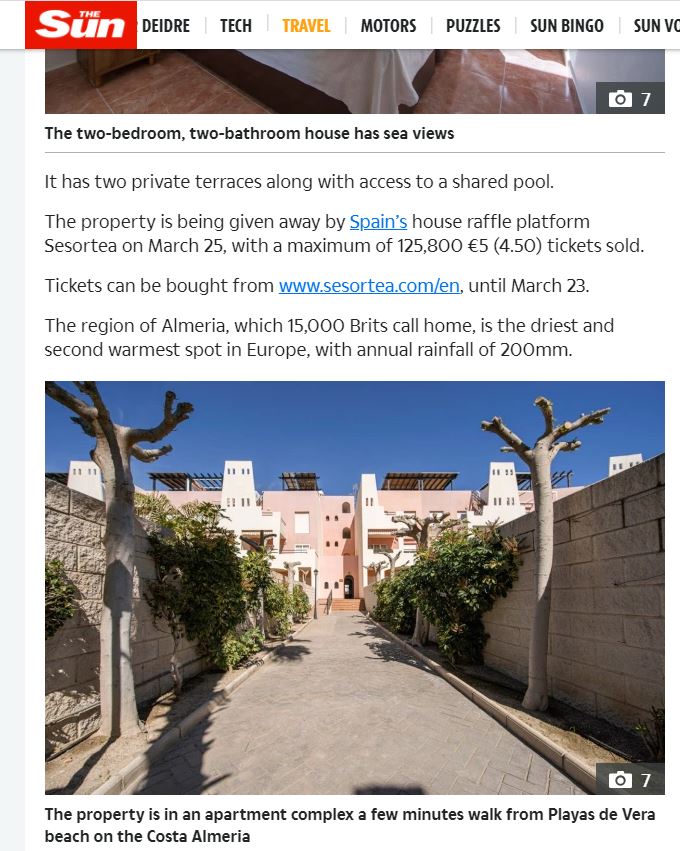 The house has two private terraces along with access to a shared pool.
The property is being given away by Spain’s house raffle platform Sesortea on March 25 on live streaming (from its website), with a maximum of 125,800 €5 tickets sold.
Unlike other house raffles, there is no minimum of tickets sold for the house to be given away which will happen regardless, as stated in their T&Cs. 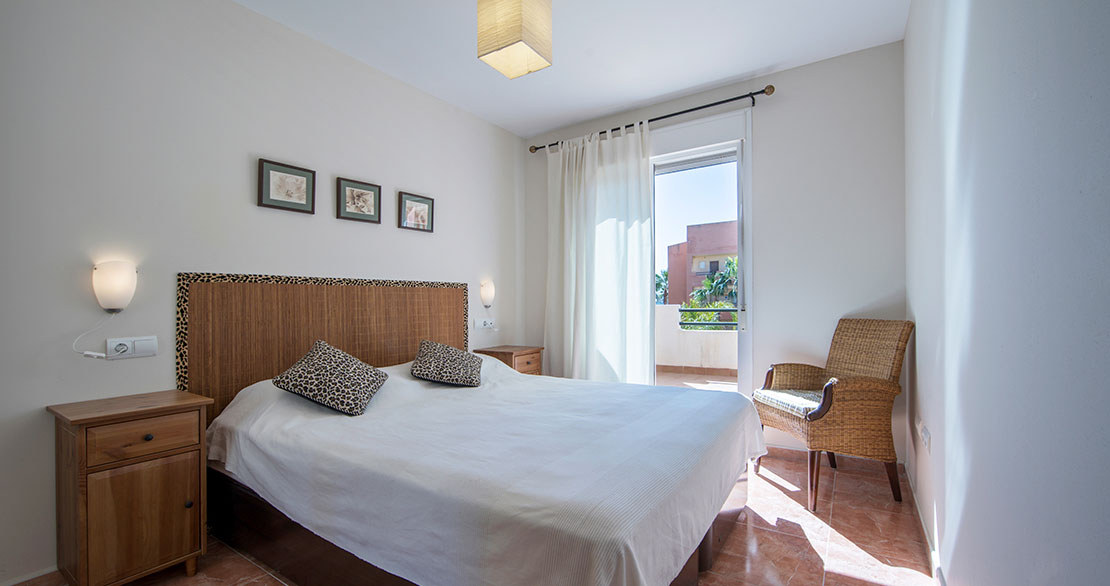 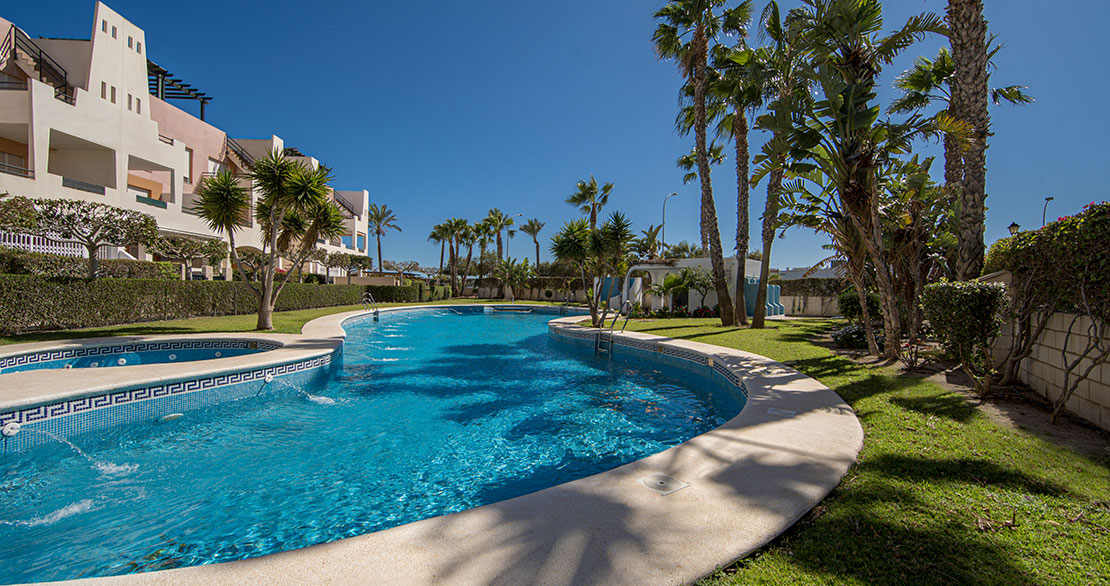 Most of the taxes and charges that may result from winning the prize will be covered by Sesortea if the winner is not a Spanish resident. Sesortea claims that someone who buys a ticket will definitely win the property on March 25, with no postponements, no additional tickets issued and no cash alternatives.

Manuel Gonzalvez, Sesortea’s CEO and founder said: “In Spain the law is very strict when it comes to house raffles, which means participants know what they are getting, and the raffle organiser can’t change the rules half-way through."

Manuel added: “Regardless of how many tickets we sell, on March 25th a notary will select a number at random to identify a winner. If that ticket number has not been sold, they will select another until we find one that has, and that person will win the house.”
Enter in the raffle
Compartir
TwitterFacebookLinkedinEmailPinterestWhatsapp
Anterior 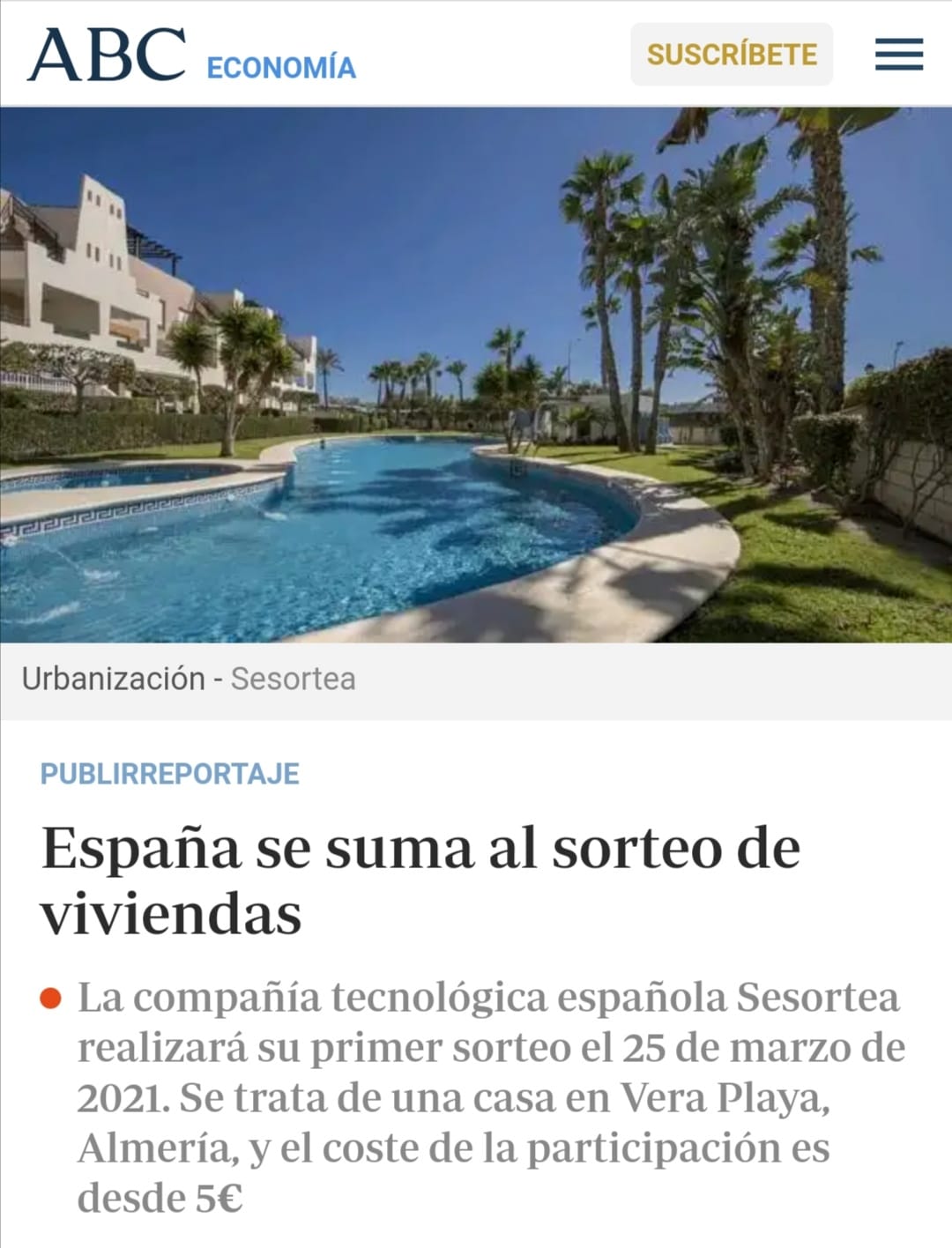 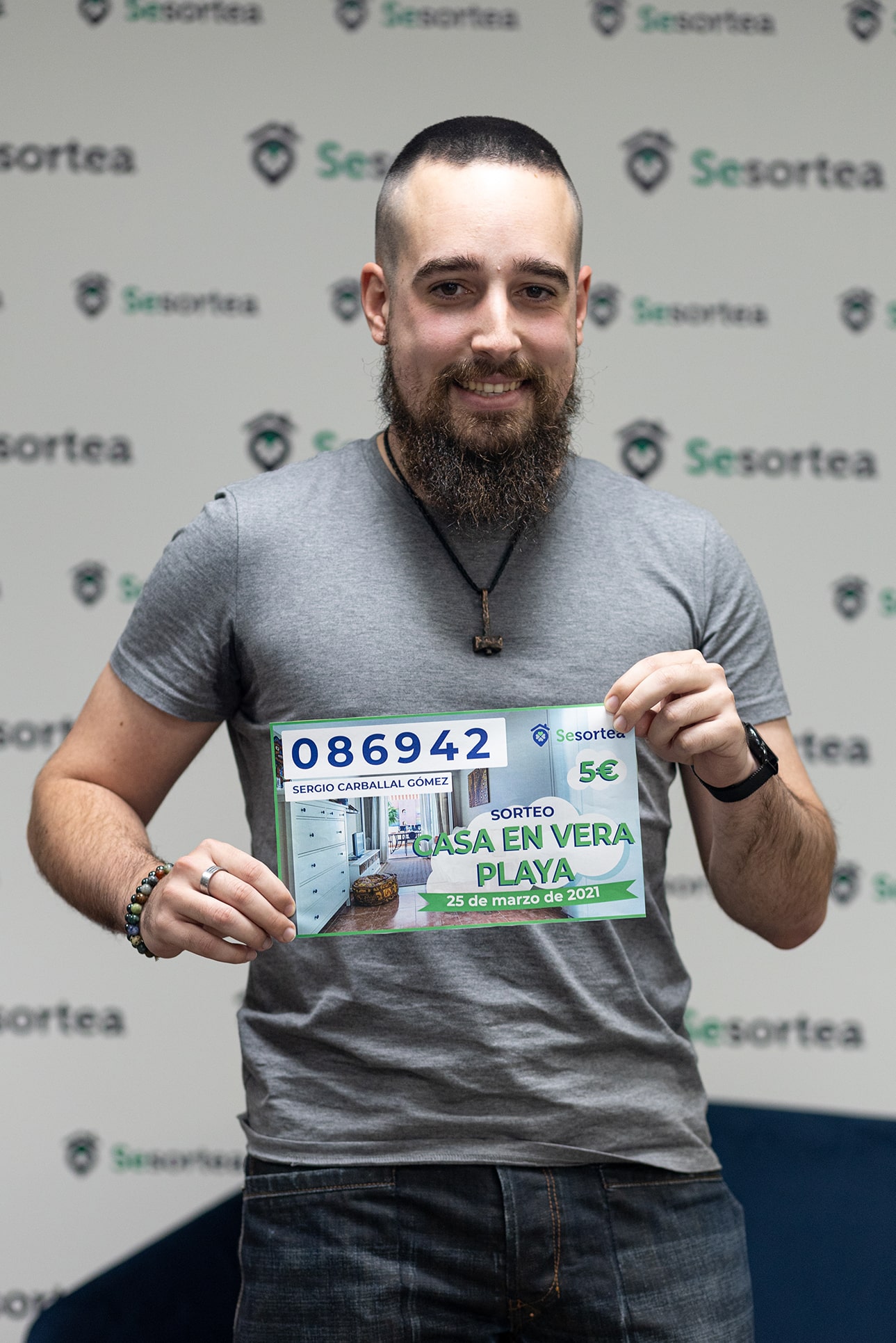